Google is Building a “Global Classroom” with “YouTube EDU” 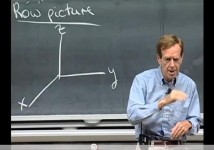 Having launched just over two years ago as a hub for colleges' and universities' YouTube channels, YouTube EDU has become a destination for education, providing an index for a broad range of topics and campus activities, says Angela Lin who manages the education program at YouTube.

The YouTube site integrates content from 400 colleges and universities in the United States, Canada, Europe, Israel and Australia.  A total of seven years of video is available on the site, says Lin in this exclusive interview with Beet.TV.

She says the aim of the Google unit is to "build a global classroom."

The channel has some primary school videos, but will add a great deal more in the months ahead, she says.

This Sunday (6/12), YouTube will live stream its first commencement address from the Dartmouth campus in Hanover, New Hampshire with featured speaker Conan O'Brien.  Later that day, YouTube will stream the Stanford graduation ceremonies.

We spoke with Lin today in Google office in New York.