YouTube is Managing Graphic, Violent Videos from the Middle East with Community Help 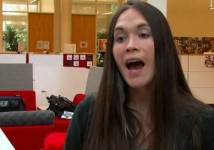 SAN BRUNO, CA — YouTube has been an essential platform for videos of street violence in the Middle East, mostly camera phone uploads of events not covered by the news media.

The footage is raw and often contain graphic violence which may not be suitable for the giant sharing site.

While explicit violent videos are not permitted on YouTube, the video sharing site has made an exception for news around the uprising in the Middle East,says Olivia Ma, Manager of News.

Last month, Beet.TV visited the YouTube headquarters where we spoke with Ma about operations at YouTube News.  In this segment, she explains how YT members help identify violent content and how the YT staff engages and decides what actions to take.