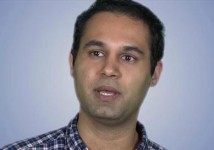 SeatGeek, the New York-based marketplace for premium tickets for sporting and entertainment events, is driving revenue for big publishers including Yahoo, The Wall Street Journal, The Daily News and others, says co-founder Russell D'Souza.

Recently the company took an investment from Ashton Kutcher, who is playing an increasingly visible role as an early tech investor, as Jenna Wortham reports today in The New York Times.

The company was founded by Dartmouth '07 graduates D'Souza and Jack Groetzinger.