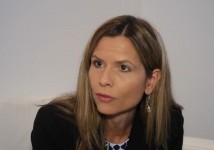 Microsoft has integrated several of its its media platform componenents into the Comcast xFinity App for Apple iOS devices.

The App allows Comcast cable subscribers to access a range of cable fare on their iPhone and iPad.

Last week at the Streaming Media East show, we spoke with Microsoft’s David Sayed, marketing manager for the Media Platform group. He also provides a demo.

The xFinity App was created by Comcast’s thePlatform unit.  It was announced last month.