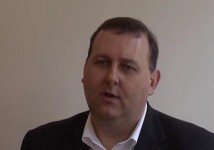 Last week, we had a briefing on the new initiative by SVP Jeff Whatcott who explains in this video how the exploding demand for Apps is driving this new business.  The new offering is for video and non-video content producers, he says.

Initial company customers for its App solution are the A&E Network for its "Army Wives" show and the United States Department of State.

The new product was announced at the company's global customer conference in Boston.  Here's additional coverage of the news.

Disclaimer:  Brightcove is a sponsor of Beet's coverage week of the company's conference taking place in Boston.