BBC Global Digital Chief: The “ROI from Facebook is Staggering” 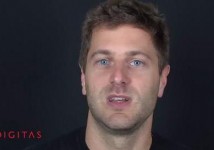 Social media is not a marketing solution but a "profit center" for the BBC's commercial Web sites, says Daniel Heaf, Director of Digital for BBC Worldwide, in this exclusive interview with Beet.TV

Facebook's ROI for sites such as TopGear is "pretty staggering," says Heaf, who notes that the gadget site has 12 million fans who drive 30 percent of its traffic.

He notes that the investment in the Facebook strategy is "quite small."

I am delighted to report that Beet.TV is in a production alliance with Digitas to create a series of  news-making interviews with high-level digital media thought leaders. Our interview with Dan Heaf is our first in our series of 10.

The series debuts today with videos posted on both Beet.TV and on Digitas. The videos are being published in advance of The NewFront 2011 on June 9, a major industry event during Internet Week in New York.

Many thanks to the great team at Digitas for tapping Beet.TV for this very cool project.