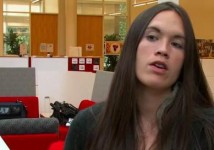 SAN BRUNO, CA — While YouTube is playing a unique role in providing raw video of the unrest in the Middle East to the Web, and to many of the the world's news organizations, the giant video site doesn't actually organize or vet video.

Here are two prominent curators of news from Iran: Onlymehdi and the channel titled Unity4Iran.

Helping organize breaking news is a legion of "experts" – YT users who may be in the region or not, but play an important role in curating the video to their own pages, explains Olivia Ma, manager of news at YouTube.

This is the second in a series of interview with Ma recorded earlier this month at YouTube headquarters.