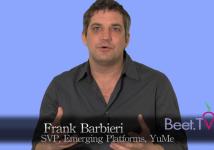 NEW YORK – Next New Networks, the innovative studio and incubator for entertainment video programming for the Web, has been acquired by Google and will be part of YouTube.

This is the first significant acquisition by YouTube of a content creation company. A number of Next New employees are joining YouTube where they will develop original programming. Terms were not disclosed. The first reports of the deal first surfaced in the New York Times in December.

The news was just reported in The Los Angeles Times and in The New York Times.

The company has had a long and successful association with YouTube in providing popular video and selling ads directly on its YouTube channel.

Co-founder Tim Shey explains the alliance with YouTube in this interview from November, 2008.  We have republished the video here.

Below is recent interview with co-founder and CEO Fred Siebert who speaks about the expansion of Next New from a studio to a large network for independent producers. Here is Fred's blog post today about the sale.

Shi#t, Beet Gets the Boot, We Gotta Move

Beet.TV operates from the studios of Next New Networks as a sub tenant.  Under the new ownership, we can't stay. Darn. Same for Federated Media, and others who sublets in the offices on West 21st Street.

We will miss the Tim and Fred and the wonderful crew at NextNew. They are some of most creative and generous people I have had the opportunity to meet. I wish them every success.