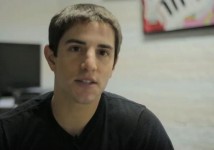 The introduction of tablets and smart phones has driven extraordinary growth in digital news consumption.  According to Robert Grimshaw, Managing Director of the the FT.com, approximately forty-five percent of digital news is now consumed via mobile devices.

Coupled with the growth in consumption has been the interest in advertisers around advertising on the mobile platforms, which was nearly non-existent just one year ago, he said in this interview with Beet.TV

We spoke with Grimshaw in Manhattan on Thursday at the paidContent2011 conference where he was a panelist.

He speaks to the success of the online subscription for the Financial Times, which is now at around 200,000, has reached half of the worldwide print circulation of 400,000.  He said that growth of digital subscriptions has risen by fifty percent in 2010.

He also speaks about the profitability of the the paper's online video efforts.

Grimshaw: Apple is Giving us a "Headache"

More conversations with Grimshaw in this video interview conducted by paidContentUK editor Robert Andrews. Grimshaw comments on the recently introduced policies by Apple around payment for content on the iPad.

The Value of Data for the FT

Eric Pfanner from The New York Times reports on the value of data collected from FT digital subscribers.

Here is Reuters blogger Felix Salmon's take on the FT's paywall.  He likens the levels of payments for different levels of access to feeling like "scientology."  Here is our interview with Salmon from last week's paidContent event.