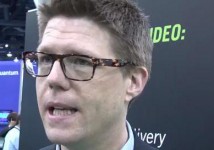 Also part of the acquisition is Paris-based Kewego.

With the acquisitions of KickApps and Kyte, KIT will get two well established U.S. players with prestige clients including Turner, NBC Universal and many others.  Among many assets, they will acquire Kyte’s advanced mobile platform technology; with KickApps, a sophisticated social media engine for video.

Last year, we sat down with KIT CEO Kaleil Isaza Tuzman  for an overview of the company and it goals.    We have published it here.

In November, I interviewed KickApps CEO Alex Blum.  We have published this interview at the  bottom of this page. Blum, a veteran of AOL and other companies, will become KIT’s COO, the company said.