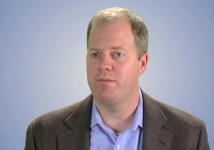 While Netflix, the MLB.com and Amazon have sophisticated payment systems in place on the Roku platform, smaller publishers have few options to generate subscription or pay-per-view payments.

Beginning early next year, Roku will introduce a pay-per-view system for any publisher using the Roku platform, says company spokesperson Brian Jaquet in this interview with Beet.TV

The Roku is a one-pound box which connects wired or wireless Internet to a television set to deliver a variety of programming.  It is priced under $100.

While known mainly for the popularity for streaming Netflix, the platform is open and many smaller publishers are using the system to publish recorded and live programming.

This is the second of two interviews done last month with Jaquet.  You can find the first here.