Examiner.com is World’s Largest ‘News’ Organization with 67,000 Writers Under Contract in the U.S. — Inks Content Deal with Reuters 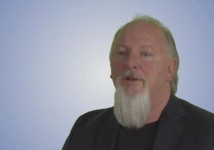 While not a conventional news organization, Denver-based Examiner.com  may be the world’s largest by the sheer size of its writing stable and the amount of content being produced.

Examiner.com  has some 67,000 writers under contract in 230 U.S. cities who file around 100,000 stories per month, according to Rick Blair, CEO in this interview with Beet.TV.

He says the company is adding about 4,000 new writers, called “examiners” every month.

In the latest comScore rankings for November, in the category of top ten general news sites, the Examiner registered 14.1 million unique monthly visitors, besting FoxNews.com and the BBC.com.

Blair, a former executive with Knight Ridder and later with AOL’s Digital Cities, differentiates Examiner from Demand Media and so called “content farms.”

Writers are compensated on the the popularity of their posts, which he explains in this interview.  According to a recent report in Advertising Age, some “examiners” are earning in the six figures.

A Giant “Newsroom” Grows in Brooklyn

In the interview Blair says that Examiner.com has 200 writers under contract in Brooklyn.

Examiner is owned by billionaire Philip Anschutz who is said to have invested $100 million in the venture, according to reports.

As part of a big announcement by Reuters to vastly increase content delivery in the United States, the news service will distribute Examiner content.

Note from the Copy Desk:  In an earlier version of this post, incorrectly stated the number of writers under contract.  The correct number is 67,000.