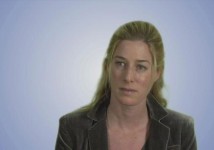 New York-based Big Think, which launched in early 2008 with seed capital from Lawrence  Summers*, President Obama's Director of the National Economic Council, and other investors including Peter Thiel, is serving some 5 million monthly video views and has reached profitability, says Victoria Brown, co-founder and CEO.

The site features thousands of video of thought of leaders in academia, government, business and culture.

At its launch, co-founder Peter Hopkins explained the positioning of the company to The New York Times as a "YouTube for ideas."

The site is sponsored by major corporations seeking to allign their names with the publisher's influential audience.

In a video interview with Beet.TV, Brown explains how the editorial direction of the site is becoming for "knowledge" oriented, more instructive in substance.

As part of this evolution, the company has launched a paid offering for colleges and universities for videos about career paths, featuring exclusive interviews with industry leaders.

Brown says that the company is not seeking additional funding.

*Summers divested himself of his investment in Big Think before taking on the topic economic role in the Obama White House.

Published below on this page is a featured video of former President Jimmy Carter speaking about China and diplomacy.