Zagat May Have Lost the Foodie Web War, but Could Win with Apps 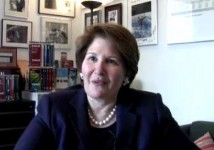 In an extensive story in The New York Times, Ron Leiber explains how Zagat's decision to keep its content behind a paywall has put it far behind in Web traffic and Google search ranking, placing it behind newer competitors such as Yelp.

While the debate goes on around paid versus free access to content, Zagat sees an upside in the emergence of Apps for smartphones as a sustainable and growing revenue source.

In April, I interviewed co-founder Nina Zagat about the companies digital strategy. We also spoke digital chief Ryan Charles about the specifics around Apps.  We have repubilshed both interviews on this page.