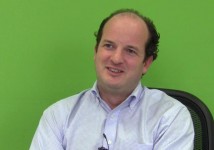 NEW YORK — Patch, a network of over 300 local news sites, saw its traffic surge by 300 percent on November 2 as visitors sought local results of the mid-term elections.

According to Warren Webster, president of Patch, a unit of AOL, Tuesday was the network's biggest traffic day.

One of the newest sites, Santa Cruz Patch, was the most popular on Election Day, Webster tells Beet.TV.

The company does not make available traffic numbers.

Patch will cover 500 towns and regions in the U.S. by the end of this year, he says in this interview.

The company has hired 600 journalists in 2010, more that any other news organization, Webster says.  Although data on pay is not disclosed, we have learned that 75% of staffers are making more than their previous job.  Local editors have an average of six years as a working journalist.

In the interview, Webster explains editorial guidelines and growing multimedia reporting. He explained  how the Patch is integrated with newly relaunched AOL home page and with giant AOL Mapquest home page.

We spoke with Webster yesterday in Patch headquarters in Manhattan.

Production Notes: We did not shoot this with a "green screen," it is the green wall of a Patch conference room!