Roku: “We Are the Value Leader” in the Connected Living Room and are “Well Positioned” 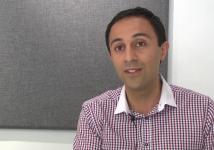 With its small, one-pound box priced from $60 to $100 depending on features, Roku is the “value leader” in the connected living room, says company spokesperson Brian Jaquet in this interview with Beet.TV

The box is priced below Google TV, Apple TV, the new Boxee Box and Internet-ready TV’s.  Jaquet says that in the face of this new competition, Roku is “well positioned.”

The Roku box, which is sold online, connects a wired or wireless Internet connection to the television.  Earlier this month, the company announced a subscription offering for Hulu.

Here’s the review of Hulu Plus on the Roku by Danny Sullivan of Search Engine Land.  Danny calls it “pretty awesome.”

Much more on Roku’s plans in our next segment from our chat with Jaquet.

While the device will work with an Internet connection anywhere, many services like Hulu and Netflix are geo-limited to the United States.   Netflix recently announced streaming in Canada.  But, with more and more independent content coming onto Roku from sources including Vimeo and Blip.tv, the little box could become more attractive globally before too long.

After years of promise, the theory of customizing TV ads for different targeting criteria and different creative imperatives is finally becoming a reality. To take the benefits of addressable TV advertising to a wider set of brands, WPP’s GroupM has partnered with its sister agency Hogarth Worldwide to create what it is calling an Addressable […]