Driven by AOL Deal and Overall Growth, Next New Networks to Double Producer Network in 2011 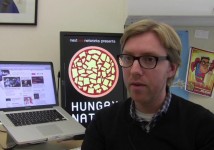 Next New Networks, the New York-based company which produces and distributes original, entertainment for the Web, will double its network of independent producers in 2011.

The growth is partly a result of new original, exclusive programming for AOL, as well as growing traction for the company's offering, says Tim Shey, co-founder.

The company produces Web series in-house and through a network of paid producers. He is currently looking for new series producers.

I sat down with him to chat about the AOL deal and overall growth at the company.

In a related development, Brian Stelter at The New York Times is reporting that AOL has tapped Vuguru, the Eisner-backed Web studio for original content.  More on the deal by David Kaplan at paidContent.

Here is our report from yesterday about AOL's plans for original content.