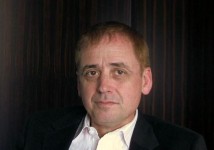 MONACO – Distributing video content via Apps has “real advantages,” says David Kenny president of Akamai in this interview with Beet.TV

He says the new technology represents a “convergence with television.”

He explains the efficiency of the delivery Apps in terms of bandwidth, security and says Apps are more closely aligned with the delivery model of television.

He said that while Apps are on the rise, they doesn’t represent “the death of streaming.”

Beet.TV interviewed Kenny at the Monaco Media Forum, where he was a speaker.

As far as the state of CDN pricing, some analysts, including Dan Rayburn, expect a softening.