SAY Media’s Matt Sanchez On Opportunities Ahead for TypePad Bloggers 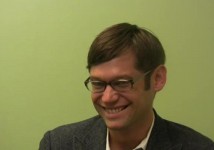 The merged company, will be called SAY Media and will be based in San Francisco.

Last week, we sat down with CEO Matt Sanchez in his New York office to talk about the acquisition.  In this first of two interviews, Sanchez assure TypePad bloggers that the company will continue to innovate the blog platform.  Morever, the new company will be in a position to provide bloggers with a range of audience development and monetization tools.

The deal won’t close until November, so new opportunities for bloggers won’t be rolled out until Q1 of 2011.

Beet.TV has been published on TypePad since 2006.  And our first video player was VideoEgg.