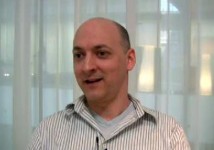 LONDON — The Guardian newspaper has been in the forefront of managing, interpreting and publishing government data as a new form of content — and business.

While the publication of U.S. military secrets via WikiLeaks is not the sort of thing the paper has been doing with authorized, publicly-released U.K. government data, the publication is a big development in this emerging field.

Stephen Dunn, who is Head of Technology Strategy at Guardian Media, said in an email message about the publication:

"…it does show the capacity of a news organization experienced in data journalism and dealing with large datasets, such as the Guardian.

In March in London, at the Guardian offices, I interviewed Dunn on the emerging business of data journalism.  We have republished that interview today.

Here is the paper's video package around the Afghanistan news including an interview with WikiLeaks founder Julius Assange.

More on data journalism in this piece up on the Nieman JournalismLab.

Update 7.27:  The Guardian's Simon Rogers on how The Guardian processed the data.And here is today's Wall Street Journal piece on the rise of WikiLeaks. And, here's today's story by David Carr at The New York Times.

Below is a video of The Guardian's David Leigh explaining the report: