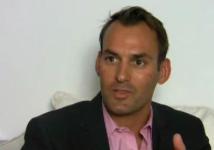 The company's software was deployed by China's CNTV, Canada's CBC, Univision in the United States and TV2 in Norway.

The company is headed up by Darren Feher, former CTO of NBC Universal.

We spoke with Darren earlier this year about his company's solution.  We have republished the interview today.

Meanwhile on Television in the U.S.

Nielsen reports that 112 million households tuned into the World Cup on their television during over the course of the competition.  This is up 22 percent over the last World Cup