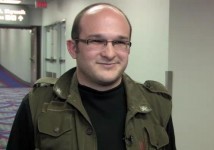 Online video news service TubeFilter.TV plans to launch its first research-driven product in the third quarter — a database that will operate as a sort of IMDB for Web content, Beet.TV has learned.

The product will be called "FilterBase," and it will track Web programming by financials, advertisers, cast, crew, and metadata, said Brady Brim-DeForest, CEO of TubeFilter, during an interview late last month. He expects the tool will be used by studios, advertisers, and content creators, and he said TubeFilter has already inked a deal with a major media company for the service.

The business model will be two-pronged, relying on license fees and an API, he said.

"We can give you a full picture of everything about a show," said Brim-DeForest.  A studio could use it to figure out what competing studios are making and spending on Web shows, he pointed out.

By Daisy Whitney on May 5, 2010 @daisywhitney
Tweets by Beet_TV