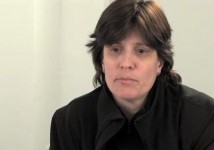 Spectacular line-up for the Wall Street Journal’s All Things Digital conference kicking off on Tuesday (6/1) night in Rancho Palos Verdes, the seaside town near LA.

James Cameron, Steve Ballmer, Mark Zuckerberg, Tim Armstrong, Comcast’s Steve Burke, and many other luminaries are schedule to speak. Things get started on Tuesday night with an on-stage interview of Steve Jobs.

We are delighted to cover.  I will be there.

Back in February we sat down with Kara Swisher for this overview of the conference. “D8” – is the eighth conference she has produced with her colleague Walt Mossberg. (Hashtag #D8)

Pasted below is a recent video I did with Larry Kramer, the journo-entrepreneur who created Marketwatch and a former metro editor at the Washington Post.  Larry explains how he gave Kara her first big break  in journalism at the Post.