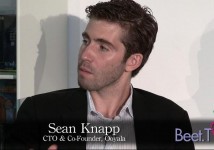 Online video consumption has become pervasive around the globe as nearly 80 percent of all Internet users watch some video, according Tania Yuki, who heads online video product management for comScore.

Too keep up with global growth, the company has expanded its operations into the Asia Pacific region,  it announced today.

We caught up with Tania last week at Will Richmond's event in
Manhattan.   Tania gives an overview on developments at comScore and how it is responding to industry needs for deeper metrics from the advertising community.

This is the first of a two-part interview.