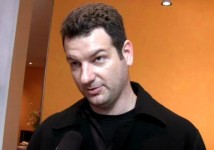 Boxee, the developer of software that allows users to connect PC's to television to watch Web video, has just announced a new application for MLB.TV.   Separately, Kyte announced that its videos are integrated into the Boxee system.

In February, I interviewed Boxee founder and CEO Avner Ronen.  He speaks about the upcoming Boxee "box" and the emergence of various pay models on the platform.   We are republishing this video today.