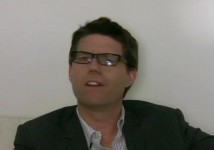 Kyte, a San Francisco-based online video platform company, announced today the integration of its video player and tools into Facebook with a product it calls the Facebook Application Framework.

Earlier this month, we spoke with Gannon Hall, COO of Kyte about the opportunities and challengers for marketers and publishers in posting and monetizing video on the big social network.  He explains the new Kyte tools for Facebook.

The new offering provides greater advertising opportunities on Facebook, along with social plug-in's, allowing members to click on "like" buttons to share videos with friends.  TechCrunch reports that some 50,000 web sites have already integrated these sorts of plug-in's.

Facebook is becoming increasingly popular for video viewing.  Earlier this week, comScore announced that FB is the fastest growing video site in the United Kingdom.

A new report finds that the plug-in's have driven traffic for ABCNews.com by 250 percent.

Below is screen shot of a canvas page for Kyte customer Om TVon Facebook, the player and plug-in's.