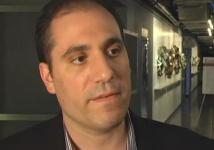 Powerhouse VC firm Draper Fisher Jurvetson has contributed and others are in the new round.

Tremor ranks as the largest video ad network in terms of video views of ads.

Earlier this year we spoke with CEO Jason Glickman, who told me that Tremor serves one billion video ads per month.  He gives an overview of the industry.  We have republished the interview today.

Here’s a story on the funding by Peter Kafka at AllThingsD.