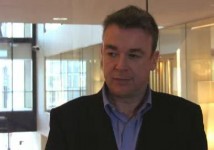 LONDON — STV, the digital arm of Scottish Television, is gaining 10 percent of new registered users through its integration with Facebook Connect, according to Alistar Brown, who heads new media for the company.

I spoke with Brown last Monday, at the Beet.TV Online Video Roundtable in London.

We reported yesterday that some 80,000 Web sites are using Facebook Connect.  For media companies like STV, this appears to be a successful strategy.

Update 3.16:  Nielsen reports that a growing number of television viewers are participating via social networks when they watch.

STV is a customer of Brightcove, the Boston-based video services provider.