Long-Form Journalism Is Not “Entirely Dead” and e-Readers May Give Rise to Entirely New Forms, The Economist’s Daniel Franklin 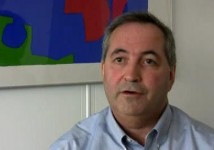 LONDON — In August, Josh Tyrangiel, then managing editor of Time.com and now editor of Business Week, told Beet.TV that long-form journalism on the Web is "not working."

He was referring to reading articles in a browser.  While the browsers may pose limits, new e-readers like the iPad could spawn entirely new forms of journalism, says Daniel Franklin, Executive Editor of The Economist.

On Friday, I visited the offices of The Economist for this interview.

Today, Sony announced a number of publishers who will provide content to its e-reader.

The Economist Is Named Finalist by ASME

This morning, the publication was named by the American Society of Magazine Editors as one of the finalists in the annual award for general excellence in its category.

Snapshot of the archives closet: