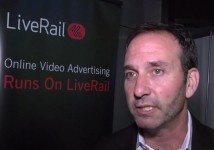 LONDON –  The  lack of a by-line for  Economist writers provides a high degree of access, which is a big benefit in the reporting process, says Executive Editor Daniel Franklin in this interview with Beet.TV at The Economist's headquarters.

While anonymity is strictly the rule for the print publication and related online stories, the editors have decided that blogs require some degree of identification and has added author initials to posts.

Franklin told me via an e-mail message that providing initials for blogs is "….a bit of a compromise: giving room for the personal nature of blogs while preserving The Economist as the prime persona."

Initials for authors were added in January to the publication's blogs.

Today, the Economist launches its latest blog, one about technology titled Babbage, named after the nineteenth century English mathematician who is generally recognized as the father of computing.

Technology and science writers around the world are contributing to the blog that is being edited in Washington, D.C. by Brendan Greeley, aka "BG."

"TS" has a story up which speculates about the buyers of the Apple iPad. Smart money would peg the writer as being Tom Standage, business affairs editor.