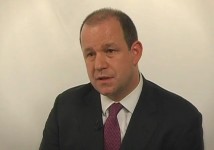 Users of Verizon FiOS now have the opportunity to upgrade to a symmetrical connection speed of 35mps up and down, the company has announced.  The previous offering was 35 up and 20 down.

With the upgrade, Verizon is offering expanded television programming.  The upgrade involves a 24 month service contract.

At my apartment in Manhattan, I have just upgraded to 35/35 and it is really fast.  Very useful to me as a video producer sending large video files to editors and uploading to video sites and syndication partners.

We spoke to Verizon's Chris Levendos in December of '08 about plans for the build-out of the fiber optic service in New York.

More on today's news up on Engadget.