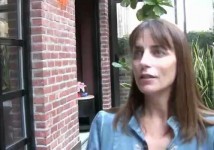 LAS VEGAS — Don't buy that new Mac yet. At CES , Intel unveiled its new Intel Core processors that will be in most major brands in Q1.

Intel won't say which brands will have the new chips, but it is safe to say it will be in most new Macs, which many of us use for video editing and project management.

It will be in most new notebooks and workstations. Netbooks will also have the new Atom chip.

Last month in New York, we caught up with Intel's Karen Regis who explained how the new dual core processor performs like the more expensive four-core processor and how "Boost Technology" delivers optimal performance.

Looks like a good plan to hold on making any new purchase until the new chips arrive.

Update: January 7 12:30 ET:  Intel has just made its formal announcement at CES, here is a report from Engadget.

Editor's Note: This video and post was published last month — we are featuring it today timed with CES.  AP