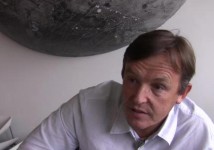 Brightcove, the big online video services company, has announced an initiative to enable its customers to participate in the much anticipated initiative known as "TV Everywhere."

While this industry effort is mostly Comcast and Time Warner allowing cable subscribers to watch cable shows on their PC's wherever they travel, the bigger opportunity is for programmers to distributed content on a payment bases, outside of the cable ecosystem.

The key to making this happen is sophisticated authentication systems to make sure content is protected.  Today, Brightcove announced an agreement with a company called Ping Identify to supply these services.

We recently published a story about Irdeto, the big Netherlands-based authentication company that is active in TV Everywhere.

Here is a white paper on the topic from Brightcove.

For a perspective on the scope of TV Everywhere, we've published an excerpt from the Beet.TV Online Video Roundtable with comments by Brightcove co-founder and CTO Bob Mason. Asking the question is one of the event's moderators Rafat Ali, editor and publisher of paidContent.

Disclaimer:  Brightcove is a sponsor of Beet.TV