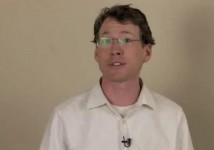 The San Francisco-based company's program is integrated into the WSJ.com, Time.com, and other big sites. Last month in San Jose, we caught up with co-founder and CEO David Marks for this update.

The company raised a small additional funding round in September.

Both Loomia and Taboola are partners with Brightcove.

Disclaimer:  Brightcove is a sponsor of Beet.TV and this video was done as part of their sponsorship.