Marketers Ponder: Why Rent an Audience When You Can Buy Your Own? 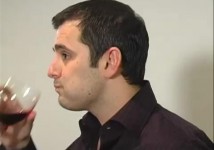 The advertising business has traditionally operated according to one very simple principle: marketers pay to pitch their products to someone else's audience. But brands are starting to think it might be time to develop their own audiences rather than rent, according to several agency executives at the Beet.TV online video roundtable in New York last month.

Agencies and publishers are increasingly hearing this directive from clients in the last year, said two Beet.TV roundtable participants: Robert Davis, leader of the interactive video practice at Ogilvy, and Brian Quinn, VP and GM for digital ad sales at the Wall Street Journal.

"Paid advertising has historically been to rent someone's audience to run your commercials," Davis said. "But over the last six months [larger brands] are saying they want their own audiences."

Agencies are telling publishers they're buying "customer experiences," not cut-and-dried ads on Web sites, Quinn said. "That could include things like tools and widgets," he explained.

But the tried-and-tried practice of renting audiences isn't over, said Rob Norman, CEO of WPP's giant GroupM Interaction. Risk is lower in the rental model and few advertisers have created must-watch programming, he pointed out.

Brendan Greeley/Multimedia Editor at The Economist: As a content provider [I'm] terrified by the quality of creative. Honda has as part of its Invent strategy for branding this Dreams campaign…and I found myself personally engaged and it terrified me because it's quite possible the model where content providers made stuff and sold to advertisers is gone. Maybe we are moving back to an old model where Standard Oil used to pay outright for Milton Berle. Is it possible we may cut out content providers altogether and advertisers just pay to produce really interesting stuff?

Michael Learmonth/Ad Age: The world of marketers renting the media is sort of over. Brands want to create their own content.

Rob Norman: The interesting thing is what's the appetite for risk? Because the rental model is a lot like  being a godfather or uncle and renting children — it's is so much more comfortable than owning them. What happens is if you move up the risk equation it could cost you an awful lot of money and when you add them all up the number of advertisers who have made really compelling brand programming, the number is really small.

Brian Quinn: We have an advertiser and the agency just won the account and they made it clear in 2010 they are looking to create customer experiences and they almost said if you see us placing ads for this client you lost. It's a lot about content and widgets and tools we haven't thought of. It's going to be very much a partnership [in creating].

Rob Norman: When you look around, customer service is becoming such a large part of marketing. We've got brand owners looking at wrapping services around their brands, those are ether paid-for or value-add, and brand owners working with content owners to create brand experiences. Because we are trying to get real value out of the push dollars we spend to send them into an engagement experience.

Robert Davis: Paid advertising is to rent someone's audience to run your commercial. What we're now from hearing from larger brand is why am I not developing my own audience? Why do I need someone else's? But you use the rented audience to do some things in some part of the funnel.

By Daisy Whitney on November 10, 2009 @daisywhitney