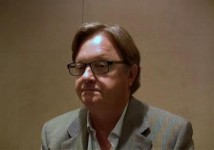 On Monday, veteran media executive Greg Coleman will get to work at the Huffington Post as President and Chief Revenue Officer.  His joining is part of an expansion the site's business operation, Eric Hippeau, CEO,  told me earlier this week.

In this interview, he said that the plan is to put in place a business structure which will  match revenue with the site's enormous traffic, which he says is up to 24 million unique monthly visitors.

While traffic is surging at the HuffPo, Hippeau told an audience at the OMMA conference earlier this week that rates for CPM-based advertising are nearing "zero."

He said the company is expanding its sale and research staffs.

Mobile is an increasingly important platform and this week the company is launching a service for the Adroid phones, said in this interview.

Editor's Note:  We publish a number of our posts every week on the Huffington Post, but there is no financial arrangement.