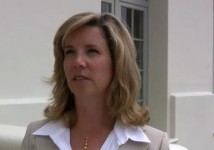 Here is an extensive story on the technology from Steven Shankland at CNET News.com.  Here's the take by Richard MacMananus at Read Write Web.

Yesterday, I interviewed Krista Thomas of Thomson Reuters about the significance of the deal with CBS.

Should be noted that this system can be used on a limited basis for free by smaller publishers.