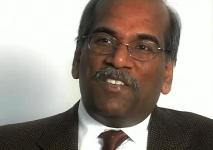 Stay tuned to Beet.TV over the course of the week as we will be doing a number of interviews from the floor of the Las Vegas Convention Center at the annual NAB convention.

I won't be there, but our West Coast producer Jeff Brooks will be on the scene.

Should be some very cool things to see including Disney's 3-D animation efforts, which is already getting some buzz.

Last year at the show I interviewed Chris Brown, who heads the NAB show.  I've republished my interview tonight.

Stay tuned for our coverage of the bid developments from Adobe, Brightcove, Microsoft, NBC Universal, Motorola and many others.