Students Dish about Their Colleges on Hot New Start-up, Unigo 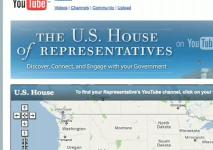 The days for college guidebooks like The Princeton Review could be numbered: Unigo.com, a start-up founded by Wesleyan ’04 Jordan Goldman, provides reviews, pictures and videos created by those who know the school best–its students.

The company has garnered enormous positive media attention since it’s launch in September, starting with a long profile in The New York Times and continuing steadily since then. Last week, Walt Mossberg at All Things D reviewed the site and said that “[t]he videos are the most interesting part of Unigo, because they provide a look at current students and at the campus that isn’t often captured in college guides.”

Unigo currently has information on 250 schools and 18 full-time editors to curate it, but they plan to keep expanding aggressively.

“We have a new homepage. We just brought on a new CTO who for the last five years ran all development of The Princeton Review, Barry Goldberg, who’s great,” he told me in an interview earlier this month. “We just added the forums so people can interact. We’re expanding to more schools. We’re going to expand internationally. [We’re] adding in something called Unigo Match which is going to help match students up with the colleges that are right for them.”

The site has a great design, so definitely take a look. I looked up my alma mater, Dartmouth, and found the description to be very accurate.