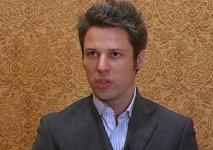 Image recognition is an effective way to generate metadata and revolutionize image search. A new start-up, Milabra, which launched and announced $1.4 million in funding on Monday, has some of the most interesting technology we’ve heard about in this space.

Rather than comparing an image to other known images to determine what it is, Milabra’s algorithms mimic the mammalian brain and can recognize an image independently, CEO Samuel Cox told me at the AlwaysOn conference on Monday.

Neuroscientists from Columbia helped develop the artificial intelligence, which is being marketed to publishers and ad companies as a B2B service and can aid with auto tagging, facial recognition, face search, and identifying channel violations like adult content. The technology is also able to assign priority to objects in an image.

“A lot of other image recognition firms, like IBM’s marble, identifies everything within the image, and that’s not really how you should do it, that’s not the way our brain does it,” Cox says. “…We don’t want to add useless metadata, which would be identifying everything in the image, but we want to have a point of view or perspective, an editorial viewpoint, which is what we as mammals do as well.”

R.J. Pittman at Google told us this summer that Google was exploring facial recognition and scene analysis to help better index the trillion images on the web, and to better pair advertising to those images. It’s exciting to hear about technology advancing at companies like Milabra, and we hope to see the impact of this technology ripple across the web.

Cox told me Milabra has some major announcements coming up in the near future, so stay tuned.

Jason Kincaid at TechCrunch has a write-up on Milabra as well as a video demo of its image recognition which you can check out here.