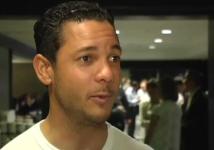 Hollywood is still “dawdling” over DRM, film rights and downloadable media, according to a Business Week story by Steven Wildstrom. In June, I interviewed Sony Pictures CTO Mitch Singer about plans to make motion pictures more easily shared between devices. We chatted on the Sony lot in Culver City. I have republished the interview today.

Could Hollywood make a breakthrough in interoperability in 2009? We shall see.

This is a subject we will explore next week in Las Vegas at CES.