Exclusive: CNN.com to Debut In-Stream Commercials during Live Inauguration Coverage; Could be “Most Watched Event in Internet History” 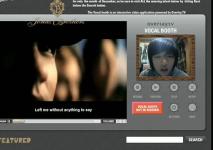 WASHINGTON, D.C. — CNN.com leads the news business in the live streaming of news events. From its home page, visitors are offered the choice of four different live streams. In 2008, the network provided 83 million individual streams, a CNN.com spokesperson told Beet.TV

CNN.com general manager K.C. Estenson told me in this interview that the Inauguration of Barack Obama will likely be "one of the most watched events in Internet history."

Seeking to monetize the huge traffic spike, CNN will insert 30 and 60 second commercials throughout the live streams, he says.  Previous ads on CNN.com Live have been limited to 30 second pre-rolls shown before the start of a stream.

Live streaming has been one most significant trends in online video journalism and it will surely grow this year.  It may well be that that the CNN is paving the way for a sustainable monetization solution.  We will be watching.

I conducted this interview on Monday at Google's Washington D.C. offices where we attended a YouTube event for news executives.

Brian Stelter at The New York Times has a big story about CNN.com, its business and plans for the Inauguration.