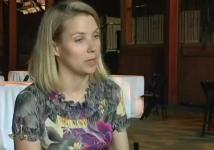 On-demand web video service Joost’s new (and free) iPhone application, launched Monday, streams its entire online library of 45,000-plus videos to users on WiFi networks, according to CEO Mike Volpi. A large portion of the library will be available on 3G within a month: “The technology is basically ready,” he says. Volpi spoke to me about the launch from London Monday via video Skype.

Joost has a number of big-name content partnerships with companies
including CBS, Viacom, Sony, Warner Music Group, Warner Brothers, and
Turner, so it has some pretty great videos to offer: 1,200 shorts and movies (like Men in Black), 400 TV series (like The Daily Show) and around 18,000 music videos.

In the segment, Volpi describes the features of the application, such as its list of most popular videos within the user’s geographic area.