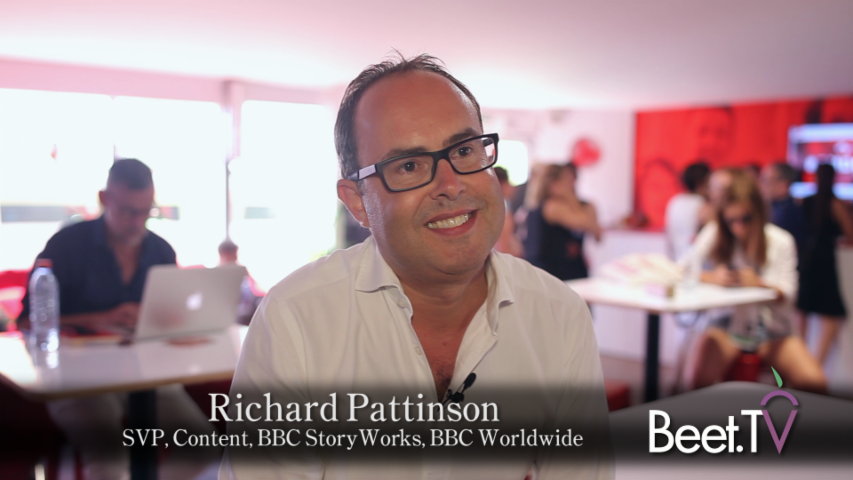 CANNES — To license fee-payers in the UK, the idea that the BBC could run ads at all – let alone sponsored content – is anathema to the service.

But that’s the UK. Beyond the border, BBC Worldwide, the corporation’s commercial arm, is charged with raising revenue from advertising. Last year, branded content, through its new BBC StoryWorks content studio, became the latest manifestation of that.

Now BBC Worldwide is helping brands write for and publish to its outlets including BBC.com and its BBC World News TV channel. So how does the BBC, an organization revered for its quality, impartial news, toe the line between editorial and advertising?

“We have very many checks and balances within the BBC to ensure we get that right,” Richard Pattinson, BBC StoryWorks’ content SVP, tells Beet.TV in this video interview.

Earlier this year, the StoryWorks team commissioned a “facial coding” study which, by analysing viewers’ facial movements on a second-by-second basis, claimed to show “exposure (to branded content) can lead to a 14% increase in subconscious positivity” toward a brand.

Next up, Pattison hopes to exploit, for branded content, an upcoming new service due to be rolled out by BBC Worldwide colleagues.

“We’ve got a new product called ’10 To Watch’ launching in the autumn – a digital bulletin of some of the most news and feature content happening that day that you can swipe through in a very native-to-app format,” he adds. “We’re going to be able to integrate some of our commercial content in to that.”