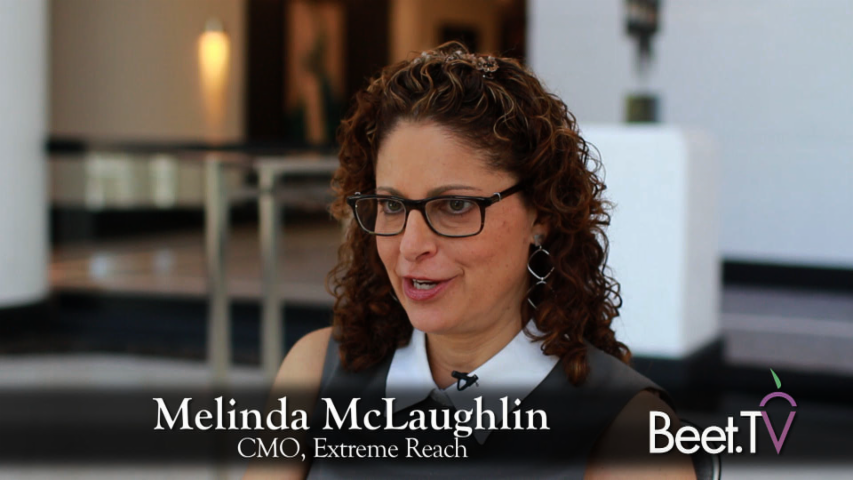 MIAMI – Like many things in this age, talent rights compliance tracking has taken to the cloud to ensure that television commercials increasingly repurposed as video ads deliver payments to all people and entities involved in those ads.

Tagging commercials in order to track them is “a no brainer,” says Melinda McLaughlin, CMO of Extreme Reach, which is ramping up its offering to advertisers and agencies of it TRUST Tag (Talent and Rights Usage Safety Tracking) solution. It’s the signals from the tags that make sure everyone gets paid what they are due.

“The brilliance isn’t in the tag. It’s actually what that tag pings in real time,” McLaughlin says during a break at the annual Transformation conference of the American Association of Advertising Agencies. “It pings a cloud database that houses 90% of the complex talent rights.”

According to Extreme Reach, when commercial performers and content licensors sign contracts to appear in a TV commercial, the contracts may exclude authorization for Internet or mobile use. Yet many of those commercials still run online, which means actors and providers of voiceovers, music, imagery and other services might not be compensated.

McLaughlin was interviewed by Beet.TV as the advertising and talent industries were hammering out the last-minute details of the 2016 Commercials Contracts that SAG-AFTRA (Screen Actors Guild-American Federation of Television and Radio Artists) negotiates every three years. Running afoul of talent rights agreements not only deprives people of compensation, it poses a financial threat to companies whose products and services are featured in commercials.

“Marketers are saying ‘I will not have a $500,000 hit on my errors and omissions’ policy,” McLaughlin says.

This video was recorded at the 4A’s Transformation conference in Miami. For additional interviews, please visit this page. Beet.TV’s coverage of the 4A’s was sponsored by The Trade Desk.