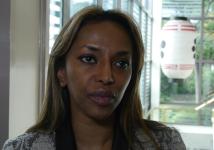 SAN FRANCISCO — The advent of online video has caused some question among industry analysts about what it means for the future of broadcast television. However, Alex Jacobs, VP of Marketing at Digitas, suggests that digital media is not hurting broadcast and traditional mediums—rather, it’s saving them.

At the Smart TV and Multi-screen Advertising Summit in San Francisco, Jacobs told us, “We all sort of at one point feared the idea of digital cannibalizing broadcast and traditional mediums, but I think as digital media has continued to evolve it’s actually having the exact opposite effect—social is actually working in a synergistic way with broadcast.”

He explains that now that social media is so mainstream, viewers are actually waiting to watch television shows when they air live, so they can experience the virtual conversation surrounding them. This, says Jacobs, “actually enriches the experience, so it’s actually saving those traditional broadcast mediums.”

In the video interview, Jacobs also speaks about the ways in which brands are using social media to engage with customers and fans, pointing out that brands “are treated exactly like any other user, so the more compelling content you create and publish, the more people are going to see it.” He puts things in perspective, saying “Brands are people too.”