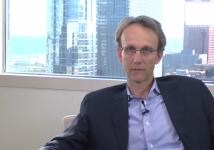 Google Hangouts On Air, a video conference tool on Google+, which is getting traction from big publishers including The New York Times, the HuffPost Live and the NFL, has recently added a tool to allow producers to screen contributors via video before they join the live show.

The Cameraman utility is being used by producers at the newly launched HuffPost Live to pre-screen.

Yesterday at the New York Google offices, we we spoke with Steve Grove who heads communities for Google + about the evolution of Hangouts as a professional news platform.

While some viewers watch Hangouts on Google+ and YouTube, most publishers use the embed code and place the conferences on their own pages where they get most of their views.

Earlier this week we reported how The New York Times is using Hangouts.   Here are the plans for Hangouts at the NFL.