Commentary: Varied Creative A Must for Multi-screen Video, Analyst Swartz 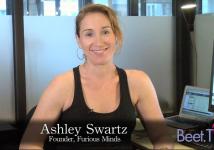 Ad network Tremor Video inked its first deal for a brand to run spots across four screens with an extension of a TV campaign, but marketers can go further in their multi-screen campaigns by varying the creative more, says Ashley Swartz in her commentary on the multiplatform video effort. The Tremor deal with camera maker GoPro called for GoPro to extend its TV campaign across online, mobile, tablets and connected TVs.

“If we want to see a huge impact we need to look at how these channels are used in combination with each other,” Swartz says in her video commentary. Tremor delivered GoPro’s 15-second TV spots as well as a 30-second video shot by an athlete along with overlays, but the creative can go further, Swartz suggests.

“If you use the base creative and the message isn’t changing to elicit a different response we won’t see a difference in performance because the basis of measurement hasn’t changed,” she says.

For more insight on how brands should think about the range of mediums and how to use each one differently, check out Swartz’ commentary.

Ashley Swartz is a principal of the New York-based consultancy Furious Minds. She is former head of the interactive television practice at Digitas. She is a regular contributor to Beet.TV.