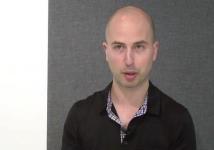 Blip Networks, the New York-based video site for original web series, has a deal with AOL On to syndicate 60 shows. It is an the arrangement that is driving significant traffic for Blip, says Kelly Day, CEO, in this interview with Beet.TV

The company recently announced a syndication deal with Yahoo which involves some 13 shows.

We spoke with Day at the Blip last week about the companies syndication and distribution strategy. She says that the company will launch as a number of mobile apps for the Apple iOS and Android platforms this fall.