Dublin’s “Storyful,” Curating Crowd-Sourced News from Damascus to Aurora for The New York Times, Bloomberg, YouTube and others 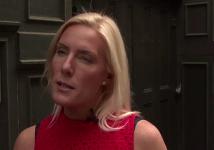 LONDON – Dublin-based Storyful, a new sort of “wire service” which authenticates and curates “crowd-sourced” journalism for big media customers including The New York Times, Bloomberg, Reuters and YouTube, quickly identified authoritative “citizen” journalists and local news sources in the aftermath of the shooting in Aurora, Colorado.

Last month in London at our journalism summit, we spoke the Mark Little, Storyful founder and CEO, about his company and how it is harnessing the power of crowd-sourced video an text reporting from Syria. In the segment, he also speaks at the growth of the 30-person start-up and its future direction into other verticals outside of breaking news.

More about the role of Reddit and other platforms in the curation of news from Aurora in this piece by Matthew Ingram at GigaOm.